They thought they could keep us down but we’re back!

The Final Season of the Fairy Tail anime, intended to cover the last arcs of the manga

Let’s get down to the main review.

A1 Pictures now called Clover Works continues their usual Fairy Tail. I have the same feelings towards it that I had during Fairy Tail the Second Series. I’m not fond of it. I preferred the anime made by Satelight.

The main reason is that the original season of Fairy Tail had such bright and vibrant colors which really fit with the feel and the style of Fairy Tail. Fairy Tail is a world of adventure and friendship and I don’t think that the muted colors of the second and final seasons fit it in my opinion.

The anime continues from where the final episode of the Second Series ended with Natsu, Happy, and Lucy off to reunite Fairy Tail and bring back their guild. First stop being Wendy who joined up with Lamia Scale because of her friendship with Chelia. However once Natsu and Lucy come along she’s hesitant to rejoin Fairy Tail for Chelia’s sake since her sister has left the guild since getting married. Chelia cares about Wendy and tells her that a true friend wouldn’t keep a friend from doing what made them happy. Chelia will be able to go on without her friend because she has her guildmates. So Wendy joins the newly formed Fairy Tail. 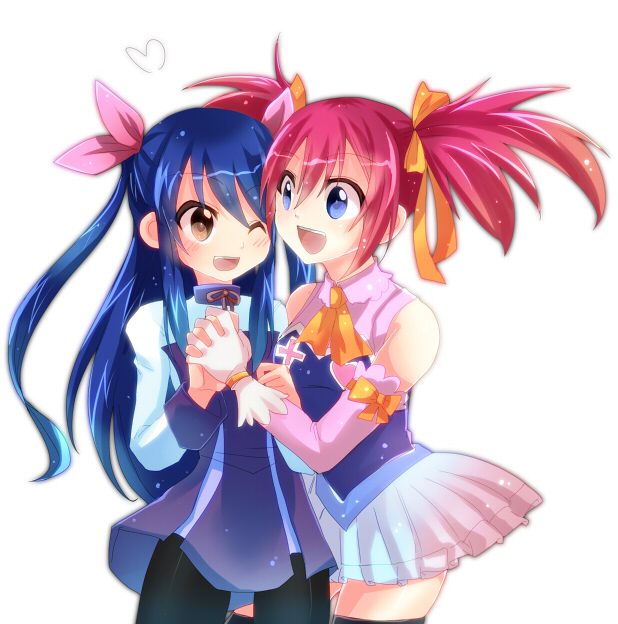 The next arc is Avatar arc which while most people’s least favorite is one of my favorites. It’s about Gray and Juvia and their bond as well as Gray’s supposed joining of the Dark Guild Avatar. I have to say that all of the people that Gray, like a lot of shounen rivals, are just knock offs of Vegeta or Sasuke which I disagree with. Sasuke was born lucky. Gray gets tossed so much crap you wonder why he hasn’t cracked yet. Gray is probably one of the most developed characters in Fairy Tail. 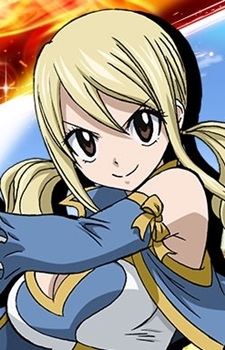 Lucy hasn’t changed much since the ending of the 2nd series. Still herself but she’s gotten a lot stronger with her magic, leaving her less of a target. What’s really changed with her is her connection to her guildmates and Natsu specifically. Lucy had a privileged life but it wasn’t a good one so she never really had a family. However Fairy Tail was her first family so to lose it like that was painful. But even more painful was Natsu just leaving out of nowhere right after the guild was destoryed and disbanned. Natsu’s always been her anchor and having him leave when she’s emotionally vulnerable like that hurt. It’s the big reason why she got frustrated with him when Natsu got mad that Gray just up and left Juvia without a word.

Still the same old Natsu although he displays his more serious side with the business with Avatar. He shows that he knows what kind of person Gray is but he also is willing to stop him if necessary. He definitely was an ass when he tried to say he was better than Gray when he left Lucy the exact same way although Natsu did leave a letter.

Wendy’s learned the important lesson of being selfish and being allowed to be selfish. Wendy cares about Chelia but denying her own wants breeds contempt even in the closest of relationships. And Chelia doesn’t want her friend to be unhappy for her sake so she lets her go and promises to be close.

Something a lot of people probably miss is that Juvia doesn’t make it rain very often as opposed to how she used to when she was first introduced. She had a walking with her rainstorm at the beginning. Now it just rains at specific times. First time was Tenrou Island with Merudy and now she’s depressed that Gray left her.

Imagine it as the first time you’ve had people that cared about you and called you friend. Then it’s all gone but hey at least you’re living with the guy you like. Then he leaves you without a word too. Now she’s sitting outside waiting for him to come back because in her mind Gray would never betray her like that. He’d never leave her life forever without a word so that’s why she’ll wait because she knows he’d never be that cruel to her.

So that’s all I’ve got. I’m going to try to keep up with the episodes and review

So until the next review,
Later Days
You can ask me as many questions as you want on Ask.fm and you can follow me on Twitter to know when my new reviews are coming out. You’ll know when stuff comes out right when it does! 🙂